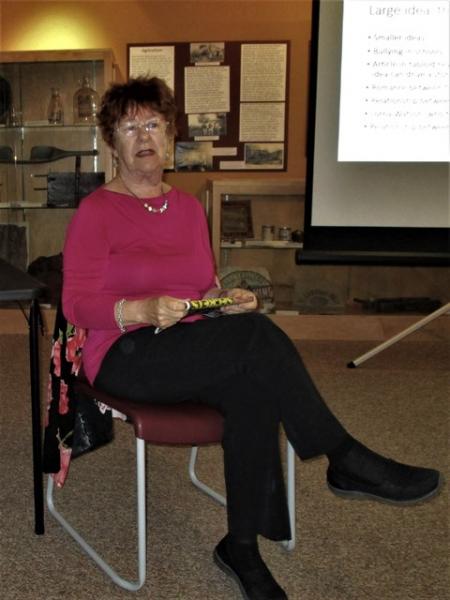 Peggy Mooers is long time SOAR member and frequent presenter. She is a lover of movies of all kinds. Her most recent SOAR film course was on Charlie Chaplin and Buster Keaton.

Peggy and Dick are experienced domestic travelers and group tour takers, took a flyer in self-guided international travel to England and Wales and thrived.