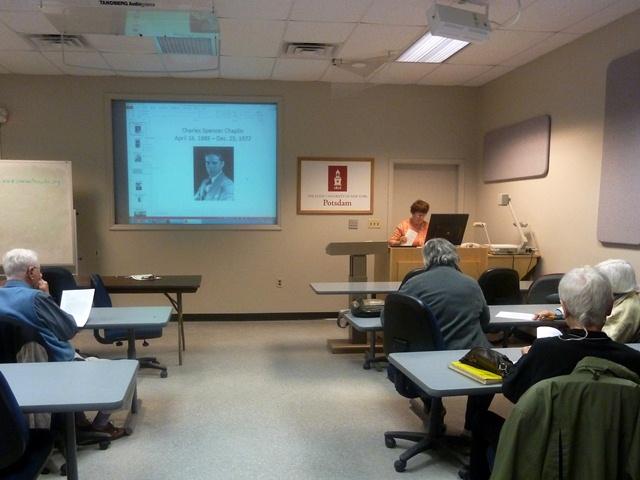 
Chaplin and Keaton - both of these legendary comedians had childhoods shaped by Vaudeville. Both controlled the content of their movies and did their own stunts. In this course we will learn about the lives of those men and watch a few of their most famous movies. In Weeks 1 and 2: Charlie Chaplin’s The Kid, The Gold Rush and Modern Times. In Weeks 3 and 4, Buster Keaton’s The General, Steamboat Bill Junior and other short films as time permits.

Peggy Mooers is one of the founders of SOAR and a longtime member. Her most recently offered course for SOAR was “The Hero’s Journey Through Modern Cinema.” In addition to being a lover of films, Peggy is an avid watercolorist and writer. In 2008 she and her husband Dick received the Super SOARer Award for their many and continuing contributions to the development of the organization – offering courses and presentations, and working behind the scenes.