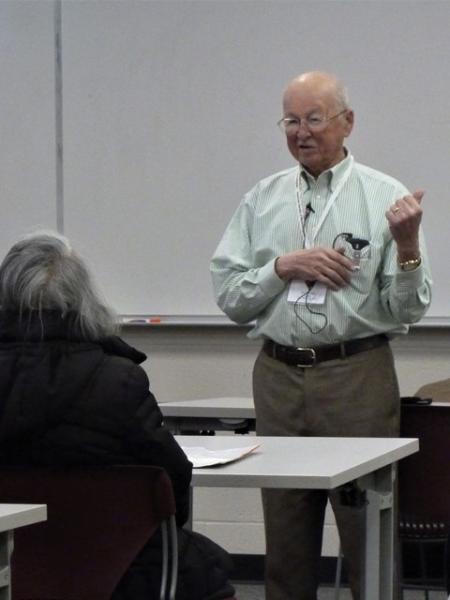 Roy Horst is a professor emeritus of biology at SUNY Potsdam. Roy holds a doctorate in Zoology (with emphasis on Physiology and Ecology) from Cornell. His research topics include: the excretory physiology of bats, especially vampire bats, and the introduced mongoose in the Virgin Islands, Puerto Rico, Jamaica and Hawaii. He continues to follow recent developments in the physiology and ecology of small mammals. Roy is a life member of the American Association of Mammalogists.

Roy is also a founder and an honorary life member of the North American Society for Bat Research, which now has over 500 active members. Roy has been involved with bat research since his graduate work at Cornell. In Mexico he studied vampire bats. His Ph.D. disssertation was entitled, Renal Function in the Vampire Bat, Desmodus rotundus.

Roy has taught ten courses for SOAR in the past, including several on the various aspects of bat biology.

Roy received the "Leon LeBeau SOARing Educator AWard" in 2017 for his many courses on wildlife and natural history.