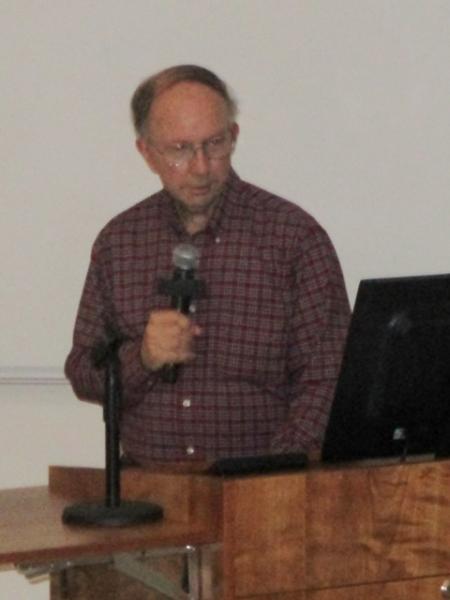 George Robinson has been a collector of NY state minerals for over 60 years. He is presently a Research Associate in the Department of Geology at SLU and is also affiliated with the New York State Museum. Previously, George was a Senior Collections Specialist with the Canadian Museum of Nature (14 years), and a mineral museum Curator and Professor of Mineralogy at Michigan Technological University (17 years). He has a BA in Geological Sciences from SUNY Potsdam, and a PhD in Geological Sciences from Queen’s University, Kingston, Ontario. His scientific work has been widely published. He has over 100 publications, including 9 books, the latert of which is the subject of his presentation in Fall 2017.

In Fall 2013 George received the Carnegie Mineralogical Award, and in 2009 a rare mineral was named "georgerobinsonite" in his honor.  George is a recipient of a Carnegie Medal.