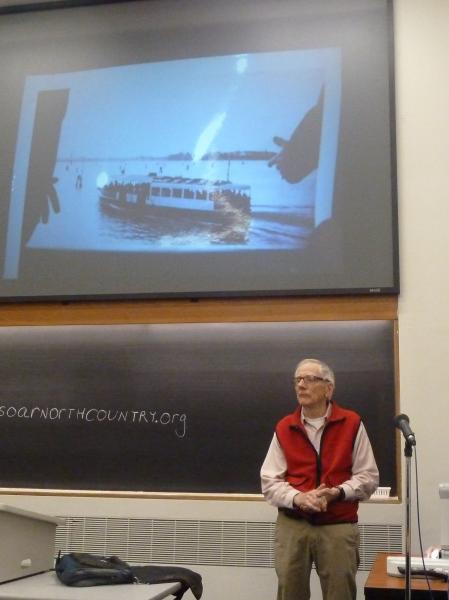 Art Johnson spent 40 years teaching US and Canadian history, first as a professor at the University of Maine and then at SUNY Potsdam. His interest in history, and in Canadian history in particular, has remained high since his retirement. In fall 2013, Art received the Leon LeBeau SOARing Educator Award in recognition of the many outstanding courses he has taught for SOAR.

Art taught "Maritime History" at SUNY Potsdam. He researched and wrote his doctoral thesis on steamer lines to the Maritime Provinces.

Art has had a life-long interest in railroads, a topic he included while teaching Adirondack history in the wilderness workshop program at SUNY Potsdam in the early 1980’s.

Art also has been associated with the Grasse River Players for 22 years, acting in several plays and helping to direct two. Art has also acted with "Murder for Hire," a local professional group no longer active. He himself has written and performed 15 mysteries as director of the "Dinner Murder Company" (an offshoot of Grasse River Players) which performs now and then, most recently in February, 2009.