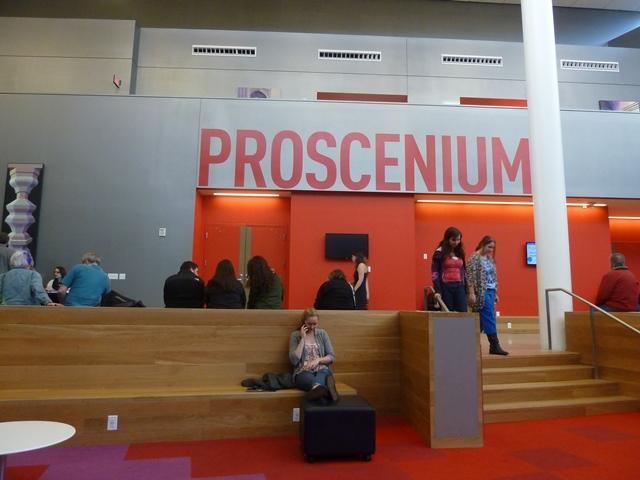 The Department of Theatre and Dance, along with the Crane School of Music, is presenting the popular 1989 British musical comedy “Return to the Forbidden Planet” by Bob Carlton. Directed by NEH Scholar, Dr. John Bennett from Liverpool Hope University, the play is a melding of Shakespeare’s “The Tempest” with the 1956 cult classic movie “Forbidden Planet.” Before the first session, participants will read the script (available for purchase or on reserve at Crumb Library). At the first session we will read and discuss the play, its background sources and its unique musical qualities. Then we will see the play in production (May 5-8) (info below). At the second class session we will meet with the director and some of the performers and discuss the play.

To purchase a copy of the play try this website: http://www.samuelfrench.com/p/1686/return-to-the-forbidden-planet  There are excepts from the music on the site.

https://en.wikipedia.org/wiki/Return_to_the_Forbidden_Planet - Link to the wikipedia information on the play.

Copies of the play are on reserve at Crumb Library at SUNY Potsdam. They can be checked out for 2 days or read at the library.

PRESENTER'S NOTES:
1) Read “Return to the Forbidden Planet” ahead of time and come to the first classroom session ready to discuss the play. Two or more copies of the script are “on reserve” at the Crumb Library, SUNY Potsdam (see above); or purchase a script (See NOTES above)
2) Tickets are FREE - but you have to pick up a ticket at the box office in the hour before the show; Show times are: Thrs, Fri (there is a half-hour talk by director John Bennett starting at 6:30 before the Friday show), and Sat at 7:30; Sunday Matinee at 2:00,
3) In the second class session, come prepared to share you review of the play with other SOAR participants and also with the director and some of the performers.

Kimberley Bouchard, Associate Professor of Theatre at SUNY Potsdam, has directed and performed in more than 75 theatre productions over 35 years working as an actor, director and producer in the USA, Canada, Mexico, Spain and Great Britain.