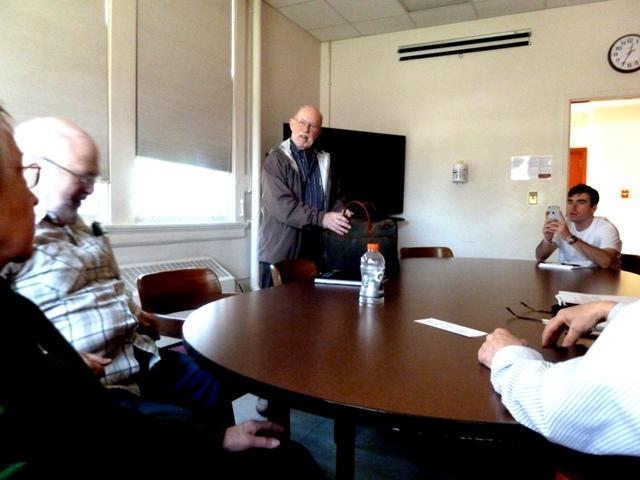 NOTE: SOAR registrants will be required to watch all four films. They will have the same access to showings as the SLU students have.

QUESTIONS AND ANSWERS (from Peter Bailey) about the requirement to watch all 4 films:

1. If I have already watched the films, am I required to watch again?
We’re doing pretty intense analysis, so remembering them from long ago won’t work in terms of contributing to the discussion.

2. If I need or want to watch the films again, when are the showings at SLU?
As soon as SOAR sends me the list of enrolled students, I’ll add them to the Sakai roster, making the films available over the SLU website. That will allow you to watch them at your convenience.

3. Can I watch the films at my home thru a video service like Amazon prime?
I haven’t checked to see whether they are available there, but if they are, that’s fine.

4. The times for the lectures are stated as 12:30 - 2:15, but then there is a [bracket] showing a different "SLU" time. My guess is, since we are taking part of a sanctioned SLU course, the students regularly scheduled time slot is a bit shorter, but we SOAR registrants will begin a bit earlier-- which is fine. Am I right about the start and finish times?
You’re right that this course has been running for six weeks, and that the students expect it to run from 12:40-2:10. SOAR students won’t change that schedule. (NOTE from web manager: SOAR classes are held on the quarters of the hours. This is how the "time drop-down box" on the website was programmed for the web version of the calendar (i.e. x:00, x:15, x:30, x:45). SOAR participants should follow the SLU times in this case.)

Peter Bailey is the author of The Reluctant Film Art of Woody Allen (second edition forthcoming this spring) and co-editor of Companion to Woody Allen with Sam B. Girgus. He also is the editor of Critical Insights, Film: Stanley Kubrick (forthcoming from Salem Press).