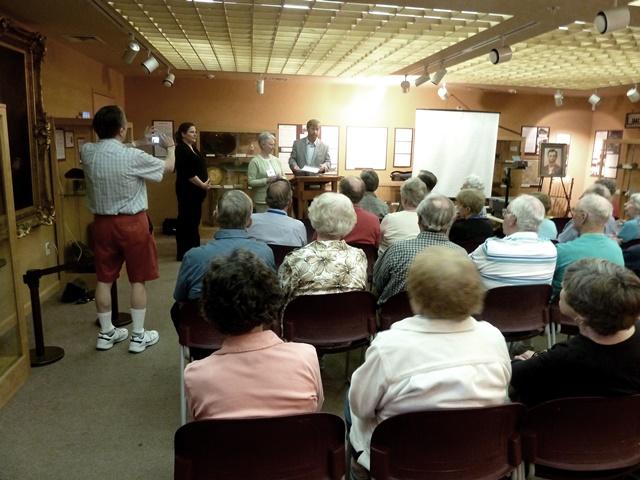 
After four very bloody years, the American Civil War finally ends on Palm Sunday April 9, 1865. Just as the nation begins to celebrate the end of the war and prepare for a long healing process, tragedy befalls it once again. President Abraham Lincoln is struck down by an assassin’s bullet, just five days later. We will reflect on the three weeks that follow, when the nation mourned and gave tribute to this great man. The funeral train procession slowly traveled some 1700 miles westward, with the final destination being Springfield, Illinois, the place Lincoln called home.

Terry Niles was a history and government major at SLU, and his main hobby nowadays is still studying history. Terry is a former member of the Board of Directors for the St. Lawrence County Historical Society. Currently he is an active member of the Civil War Round Table. Terry is the owner of Niles Asset Management, Inc. In fall 2012, Terry was awarded the “Leon LeBeau Outstanding SOARing Educator Award” in honor of his many great SOAR presentations.