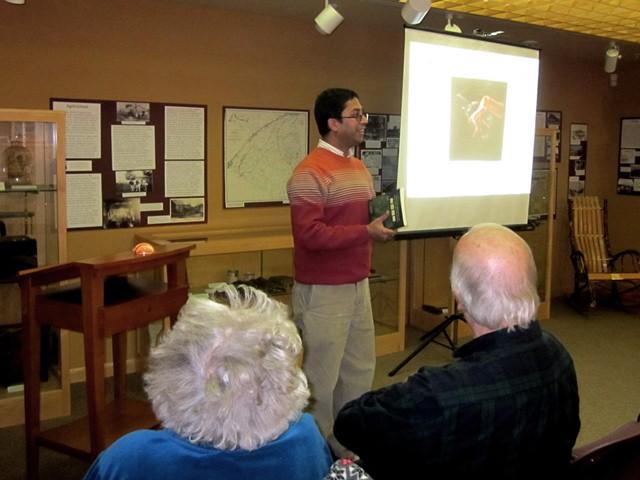 
In the yogic tradition and in Indian classical dance, symbolic gestures called mudrās are performed with the hands and fingers. Mehndi, traditional henna patterns on the skin, are used to beautify the body and celebrate special occasions. The bangles, bracelets, and rings worn by a bride are an important part of the solah shringar, or beautification of a woman from head to toe, with different types of jewelry communicating different meanings. In this presentation we will decipher the symbolic vocabulary of hand gestures and hand adornment in India.

Rajiv Narula is currently Assistant Professor of Chemistry and Environmental Studies at SUNY Canton. He came to the North Country in fall 2005 and received his doctoral degree in Environmental Engineering from Clarkson University in May 2011. Rajiv was born and brought up in Calcutta, India. Geetika Narula was born and brought up in Dehradun (in the Himalayan foothills). She has a passion for the arts and for cooking. She received an MBA in 2008 and came to live in Canton after getting married to Rajiv in June 2013. Rajiv and Geetika love the diversity of seasons in the North Country. They both are practicing Hindus.