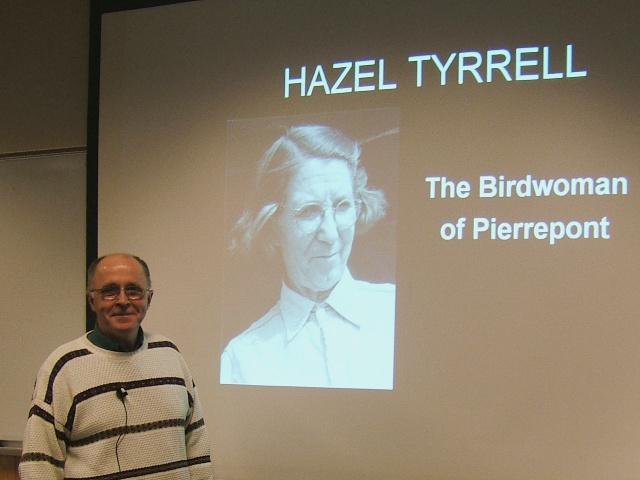 
Hazel Tyrrell [1894-1967] was known to her many friends as “The Pierrepont Birdwoman.” From the early 1940s until her death — particularly after retiring from running her family farm in the Cooks Corners area of Pierrepont — she practiced, and mastered, the art of carving and painting native birds. In fact, by her own calculations, she recalled creating between six and seven thousand birds, almost all of them of species to be found in backyards, woods, and fi elds in the North Country. This presentation is illustrated by photos of her birds and from her personal photo albums, as well as by excerpts from her diaries.

Varick Chittenden is founding director of TAUNY and Professor Emeritus of Humanities from SUNY Canton where he taught courses in American studies and folklore. He curated an exhibit of Hazel Tyrrell birds for TAUNY in 2004.

NOTE: Participants are urged to bring examples of Hazel’s carvings (if they have some) for show and tell.